…unless we create voices for a radical change, the critical IT component of our acquisition system will be swept into the same bucket as weapon systems which are currently pushing toward more oversight…

As with all organizational activity, resource allocation is the most obvious power base (“he with the gold rules”) and the place where large amounts of organizational energy are applied. As a public organization that has commanded a large percentage of the Federal budget each year, the DoD expends a large amount of resources (people, policy, and oversight) to provide public transparency to DoD expenditures in order to assure Congress and the tax payers that public monies are spent wisely and properly. With the exception of a few well publicized examples, the Department has done an credible job of ensuring that public money is properly spent.

…our adversaries are exploiting most modern IT capabilities to support command & control, sensor information aggregation, and weapon control.

The DoDD 5000 is the cumulative result of energy spent to ensure that public monies are properly spent in the acquisition of DoD equipment and services. As argued in my previous post, defense IT acquisition challenges…, February 13 2009, although the DODD 5000 policy and oversight processes are working well to ensure that public monies are not improperly spent, there is a large chasm between “not improperly spent” and and wisely spent to achieve the needed result. In the case of DoD acquisition expenditures directed at the acquisition of information infrastructure I suggest that we are properly spending resources according to policy and procedures and failing to achieve an effective return on tax payer investment. 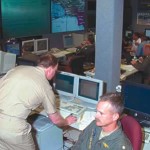 Arguments against the current process include:

Every new administration, as far back as my career spans (and that is a long time:-)), has vowed to clean up the DODD 5000 acquisition process. In turn, each Administration has:

4. Modified contract philosophy between hard nosed fixed price contracting to more flexible cost plus contracting or some combination in between; and,

5. Placed more or less responsibility for management and delivery upon the contractor.

Although some might claim that the above adjustments have created useful outcomes, none have addressed the uniqueness and criticality of IT systems. To date we remain saddled with an ineffective IT acquisition and oversight process not valued by government, contractors, or the Congress.

So once again we are headed toward a new round of DODD 5000 reforms and possibly a new law governing weapons systems acquisition. As in the past, unless we create a voice for a radical change, the critical IT component of our acquisition system will be swept into the same bucket as weapon systems which are pushing toward more oversight and slower acquisition time lines.

Rather than working to embed my thoughts into this “change” ritual to overhaul the macro DoDD 5000, I recommend that we parse this problem into at least two distinct and separate acquisition domains. The two primary domains would be: (1) weapon platforms & weapon systems; and, (2) information infrastructure and information systems/applications. My rationale for breaking acquisition into these two domains is driven by the distinctly different pace of technology change between the two. In the case of the weapons systems domain, technology change is less driven by rapid commercial technology change and acquired systems generally are fielded and sustained for 2-3 decades with engineering changes capable of supporting the needed evolution through system life cycles.

This is all of the good news. It is these commercial technologies that have helped us deliver precision weapons across large distances with stunning accuracy and effect. The bad news is that the very same technologies that the US is leveraging are available to our adversaries. Furthermore, our adversaries are not hampered by an acquisition system designed to ensure that billion dollar weapon systems are wisely spending tax payer monies. It is now evident that our ability to deliver rapid information technology change to the battlefield could represent the difference between success or failure in future military confrontations. 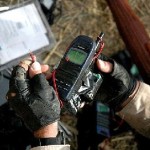 One doesn’t have to examine enemy tactics in recent attacks to know that our adversaries are exploiting most modern IT capabilities to support command & control, sensor information aggregation, and weapon control.  One of the significant obstacles to early success in the Iraqi conflict has been the IED (Improvised Explosive Device) usually triggered with some version of information technology. The recent terrorist attack on Mumbai India demonstrated the ability of a small force to control a city through modern mobile phone, satellite phone, and computer systems enabled command & control. It will be egregious if we allow our adversaries to leverage commercial IT to defeat our own decision processes while improving their own.

The next post will suggest a practical and incremental way that we can demonstrate an alternate acquisition process for IT system capability.

44 Responses to Decoupling IT Acquisition Processes…