My Mistake — Congress has Already Enabled DoD “Speed to Capability” 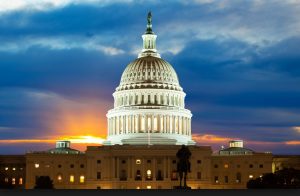 I am embarrassed to admit that, until now, I had fully believed the myth that Congressional Laws and Department of Defense (DoD) policies require 10-20 years to develop and field information intensive acquisition programs. Because of those beliefs, I have continuously ranted about Federal Law and DoD policy changes needed to enable Information Technology (IT) intensive programs to deliver “speed-to-capability” using leading-edge IT. I am passionate about this need because, in my opinion, our Nation’s warfighters will not prevail in future conflicts without leveraging the leading-edge IT products and services available to every other country through the $4 trillion dollar global IT market.

Fortunately, Congress is leading the charge! Starting in 1993, Congressional statutes first authorized DoD the authority to use Other Transaction Agreement (OTA) contracting to rapidly build Science & Technology (S&T) prototypes that could take better advantage of commercial and non-development products and services. The purpose of these OTA prototype activities is to allow Non Traditional Defense Contractors (NTDC) to sell to DoD as easily as normal industry-to-industry contracts. In turn the Department is able to more easily discover commercial and non-development products and services from companies not always interested in investing time and resources in certified DoD cost accounting systems, and dealing with long and expensive Federal Acquisition Regulation (FAR) contracting processes.

For these reasons, following my June 12th post, I made it a point to learn more about the OTA Statutes found in Title 10 United States Code Sections 2371, 2371b, and 2373. This new interest was driven by repeated Congressional budget language berating DoD acquisition leadership for not making better use of OT Agreements, FAR Part 12, commercial item procurement, and FAR Part 13, simplified acquisition. To understand this Congressional pressure one need only look at the findings of the House Armed Services Committee Panel on Defense Acquisition Reform Findings and Recommendations, March 23 2010 (page 15) that states:

NASA was the first agency to be authorized OTA authority in 1952.  OTA was not authorized for DoD until DARPA was allowed to use it for prototypes in 1993. Since then, Congress has updated these statues every few years and have now authorized the use of OTAs by all Military Service projects and programs in support of rapid prototyping and, as of FY2016, early production systems. Most recently, H.R. 2810 – National Defense Authorization Act for Fiscal Year 2018, again modified OTA statues by removing dollar approval thresholds and allowing OTA prototypes to transition to sole source production if the prototypes were developed with competition, such as using an OTA consortium. Further, this Congressional language recommends the use of OT Agreements as a preferred choice:

“…the committee remains frustrated by an ongoing lack of awareness and education regarding other transactions, particularly among senior leaders, contracting professionals, and lawyers. This lack of knowledge leads to an overly narrow interpretation of when OTAs may be used, narrow delegations of authority to make use of OTAs, a belief that OTAs are options of last resort for when Federal Acquisition Regulation (FAR) based alternatives have been exhausted, and restrictive, risk averse interpretations of how OTAs may be used. These behaviors force innovative projects and programs into unnecessarily restrictive contracting methods, needlessly adding bureaucracy, cost, and time.” 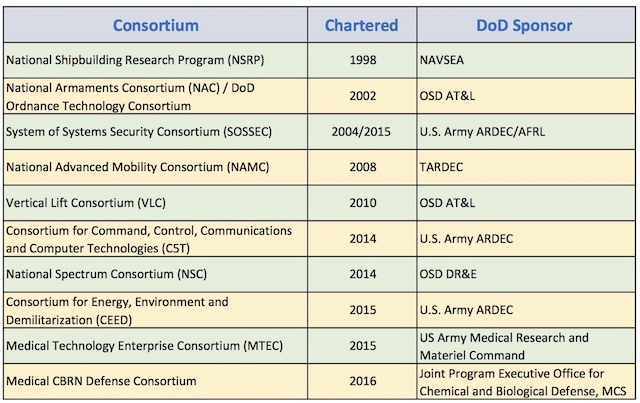 These consortium agreements are managed through non-profit management companies supporting parent DoD organizations. Program or Project Managers submit problem statements to these consortia to identify possible product and service offerings to their program. As mentioned in my last post, the Consortium for Command, Control, Communications and Computer Technology (C5T) has over 500 member companies specializing in commercial and non-development Command, Control, Intelligence, Surveillance, and Reconnaissance (C2ISR) and Cyber products and services.

So what is an OTA? 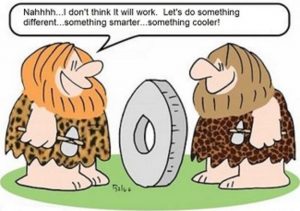 Why would a Program Manager want to use an OTA? The answer is to discover new technologies and quickly validate these technologies against operational mission requirements and system needs. OT Agreements help do this because:

Unfortunately, the cultural challenge is that DoD, out of necessity, has always built it’s own military platforms, weapons, and supporting C2ISR capabilities. This need forced the Department to lead the development for most of today’s communications, networking, and computing technologies to include the famous DARPA internet development. In the process, the DoD 5000 acquisition process, plus supporting budgeting and requirements processes, were formed around “make” or “build” activities with little expectation of “buying” prebuilt solutions. Those “make” processes are still valid for the majority of DoD’s platforms, sensors, and weapons, but less so for information dominant systems where commercial information and technology (IT) is growing exponentially, while serving the $4 trillion dollar global IT market. 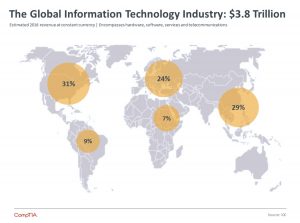 By better leveraging this $4T commercial IT market, and using the procurement tools Congress has authorized, DoD can turn most IT intensive program requirements into predominantly “buy” programs, while remaining near the leading edge of IT, rather than trailing 5-10 IT generations behind. Many of the reasons for the unacceptable 2012 Congressional IT Program report is that those programs were slowed down by culturally comfortable “make” requirements, budgeting, and acquisition processes, while exponential IT market growth created a shifting sand of IT hardware and software leaving them with end-of-life IT components even before new systems were deployed.

By actually listening to Congress and taking advantage of these current acquisition authorities, DoD could align with the 12-18 month IT upgrade cycles needed to remain on the leading edge of IT, as the world enters the era of artificial intelligence and cognitive computing. This can be done by dropping the time wasting top down “make” requirements and substituting early OTA prototypes to discover the latest commercial or non-development opportunities capable of quickly satisfying mission requirements and informing system “buy” requirements with greater empirical proof-of-concept knowledge.  By taking greater advantage of OTA consortium opportunities, acquisition programs can move more quickly through Milestone A and B, with demonstrated operational solutions capable of informing Milestone C full rate production decisions. If that solution then includes a predominance of commercial items, FAR Part 12 contracts can help speed C2ISR production into Full Operational Capability (FOC).

Fortunately, by using OT Agreements, Congress has fully enabled forward leaning acquisition executives and Program Managers to rapidly deliver IT intensive war-fighting capabilities delivered on leading-edge IT hardware and software. These C2ISR capabilities will be critical enablers of future DoD capability such as the U.S. Navy’s New Fleet Design vision. In the face of the commercial IT market enabling other countries to challenge our Nation’s maritime dominance the time for change is now!

The father of Public Administration, Max Weber, theorized that organizational bureaucracy was the only way large organizations could be efficient, however, upon occasion would permit himself to hope that “some charismatic leader might arise to deliver mankind from the curse of its own creation.” We know from the U.S. Navy’s acquisition history, strong charismatic leaders are largely responsible for the strong Navy our Nation’s defenses rely upon today, i.e. Admirals Hyman Rickover (nuclear submarines), Red Rayborn (submarine ballistic missiles), and Wayne Meyer (AEGIS missile defense ships).

In these pressing times, it is now imperative, more than ever, for today’s charismatic Naval leaders to deliver a New Fleet Design to help sustain our Nation’s global leadership.