As I clean up the 24 inches of snow delivered by Blizzard Jonas it is easy to ponder our human vulnerabilities. Amazingly, our weather prediction systems are so accurate that Jonas was detailed almost perfectly for all to avoid and survive. We humans seem to do well with fast changing situations like this, but for some reason we can’t effectively react to slow changes.

Reminds me of annual raft trips on the “killer” Kern River my wife and I used to share with friends. Lots of fun, nothing bad ever happened. That is, right up until the high water year when a class five rapid hole sucked in our six person raft and threw us all out like we were rodeo clowns thinking we could ride a bull. Funny how nobody mentioned going back in following years.

For years the late Professor Al Bartlett wrote and taught on this phenomenon, at the University of Colorado. His book, The Essential Exponential!: 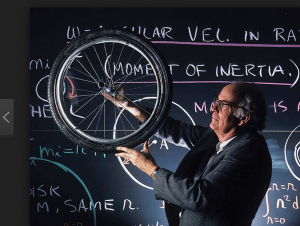 For the Future of Our Planet, details why we humans fail,until it is too late, to understand slow moving exponential changes like population growth. It isn’t that we don’t see the numbers, it is just that our brains cannot comprehend them. An example is comparing a million dollars to a trillion dollars. That a trillion is a million million is not understandable unless we break it down into other more understandable factoids. Using $100 bills, $1 billion is ten truck pallets stacked five feet high, but 10,000 of these pallets is too large to comprehend. As this web site shows well, if the $19 trillion national debt would be laid in a single line of $1 bills, it would stretch from Earth, past Uranus, or a set of $100 bill pallets bigger than the buildings on Wall Street.

But what of this human challenge? Does it really matter? Yes! – to everything that is important to our lives as humans on this planet! An example is my newly discovered favorite TED talk, forwarded to me by Eric Gruenloh, one of this blog’s commenters. This talk, Governments Don’t Understand Cyber Warfare, We Need Hackers, by cybersecurity analyst Rodrigo Bijou, describes why governments are not capable of dealing with the pace of cyber threats and the rate of change of information technologies that underpin cyber threats…

Rodrigo makes the point, from his younger perspective, that today’s information technology empowered global citizens have power and potential that world governments can’t comprehend nor control.  He points out, quoting from the U.S. Director’s of National Intelligence annual Worldwide Threat Assessment, that cyber didn’t show up as the top threat until 2013 where it remains today.  He says we can no longer separate online and offline terrorist attacks… As an example this image of the baby’s hand showing the French slogan, “de Suis Charlie” (my name is Charlie), which came to symbolize the right of free speech following the January 7 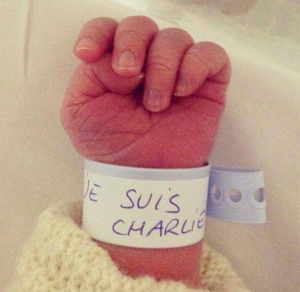 th, 2015 terrorist attacks on Paris, went viral on social media. Because the image was embedded with malware, it took only 6 days to deploy a global attack on every computer where it was viewed.

Rodrigo’s central argument is that in this digital age, individuals have more power than ever and they can help, working in concert with governments, to create better security and prosperity for all people. He goes on that because governments are slow moving the have shown the inability to adapt and learn… “It’s not what governments can do, it is that they can’t.” Governments, he argues, need to give up power and control in order to work together with IT empowered people. Rather than fighting for things like encryption back doors governments should not be fearful of new technologies like TOR and Bitcoin which will continue to grow, independent of government controls. Instead, governments should embrace these new technologies because they offer the possibility to help billions of people across the planet to share their knowledge and production toward a better future…

In my opinion, this is a younger person’s perspective that should be given a lot of consideration as we humans continue to misunderstand change!